The Things We Learned On This Trip 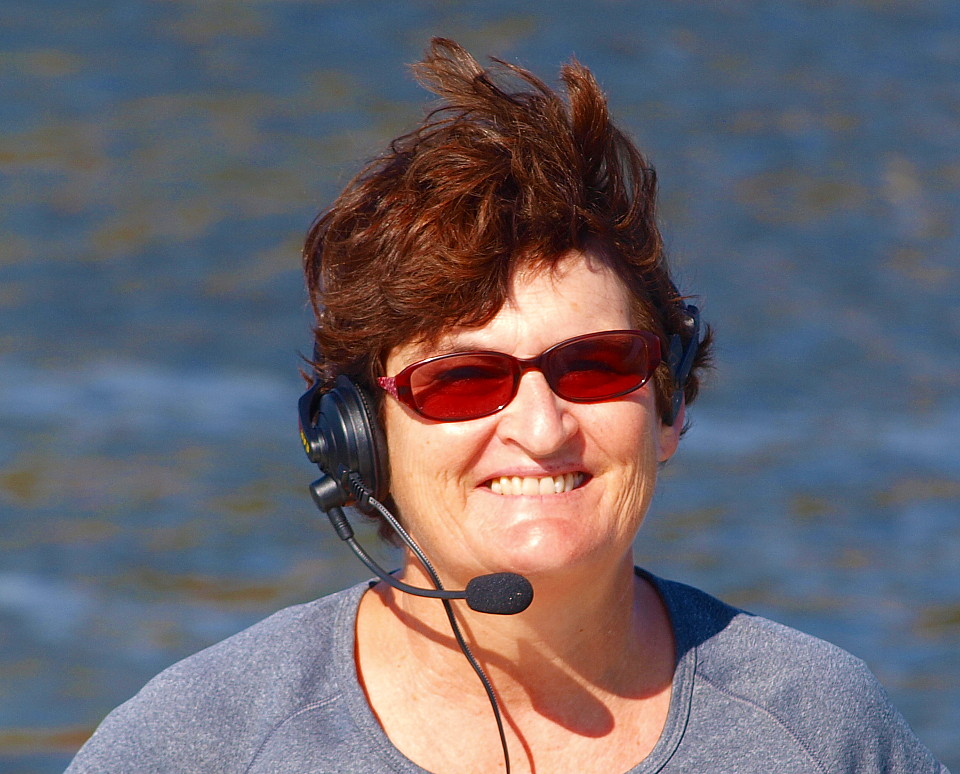 So, this is the last one from me, at least for this time around. Here are some of the things we learned along the way.

Starting at the end it’s important to make the journey home part of the trip. Plan places to stop and things to enjoy along the way. I have been heading for the barn door since we made the turn in Georgetown which has left the days at sea long and tedious “just getting home” Yes John Lawrance you were right, we should have taken more time…

In the Islands avoid shopping around lunch time – a one hour lunch break can be very flexible, there is a good reason for the expression “Island time Mon!”

Provisioning has been worth all the planning up front. We head home with only fixings for four dinners available, not bad out of three months. However, the gentleman who said not to bother with celery in the freezer was right! The celery left home, and the celery came home too!

When preparing for sea always lock the fridge down, yes even when its flat calm because you just never know. Oh, and close the toilet lid for the same reason, it stops the towel from falling in!

If you forget to use the fresh herbs at home you will forget on the boat as well! Even though the galley is twenty steps from the garden I still managed to forget. Sigh.

Rusty Wilson was a bad boat dog. He will not be invited again! He fell over breaking the television, and also chipped the floor when he bounced in rough seas. I don’t want to hear it folks, it’s not his owners fault he misbehaves!

On the other hand, Grace, The World’s Best Dog, can come cruising any time she likes! What a trooper!

When preparing for this trip we knew we would spend most of our time in swimmers with the occasional shorts and t shirt dinners but even so we packed too many clothes! Keep it to the minimum and then leave ten percent of that at home anyway!

This trip has been a great experience, we are already talking about the next one! Many thanks to our friends who helped make it great, from those who were able to join us and those who gave us Tupperware to t-shirts to bowls, tea towels and plate covers. You know who you are and these touches of home were appreciated more than you know.

Thank you for taking the time to read our story, can’t tell you how tickled we have been to meet people who are familiar with the adventure even though we have not met in person before!

Finally (this is like the movie credits, right?)  A huge shout out to the skipper. All the planning, care and consideration made for a fabulous trip. I appreciate you waiting until the last week to say…”the boat has done everything I asked of her” and I will come with you again my love. Even though there were days of rough seas when I threatened to fly me and Grace home! 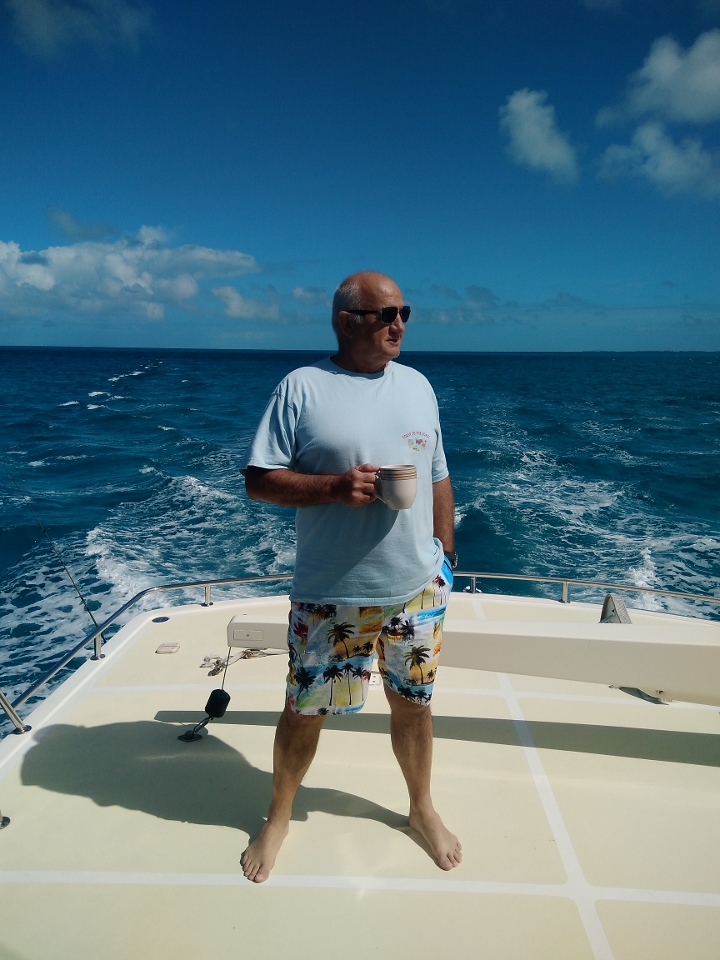 It was a great three months and, looking back, I have to say that things went mostly to plan, even though we only had Sonas for ten months before starting out. Some specific lessons learned:

Fly guests into Staniel or Norman’s. Having to be in Georgetown on specific dates meant going out into the Exuma Sound in weather which we would have chosen to avoid. We would have made one trip to Georgetown to see it, but at a time of our choosing. Having folks fly in to central Exuma would also have meant less fuel burn.

As for the weather itself, more than a few times the forecast called for wind from one direction and, after anchoring with that direction in mind, the wind shifted 180 degrees and blew into the anchorage. There is not a lot that can be done about that apart from lifting the anchor and moving, but often it is too late in the day for that.

I also learned that “surge” on the guides and charts does not mean what I thought it meant – a quick rise in water levels. It means that there will be a swell running into the anchorage. Plan for this accordingly!

As an addendum to the above issues, I should also have practiced and become more comfortable deploying dual anchors.

I should have paid more attention to connectivity and planned a bit better there. We had planned to get a Bahamas SIM when we got to Lucaya. When we got there we were talked into getting a SIM from a new company called ALIV rather than BTC. That was a mistake as, while they have good coverage in Grand Bahama, New Providence and the Abacos, coverage in the Exumas in non-existent. When we got to Staniel we had to buy a BTC card and data. Also I considered a wireless booster before we left but decided against it mainly because I didn’t have enough time to research the best options properly. Reception in the islands was fine, and the only time we really missed this was around Exuma Park. There is a BTC tower in Highbourne with the next one at Staniel. With the Exumas Park being right in the middle it did not have reception. The park has WiFi you can buy at $15 per day, but you need a booster to get that on the boat. While people may think it is wonderful to be disconnected for a time, when you rely on this connectivity to get the weather and so that family can contact you in an emergency, it is pretty important.

On the positive side, I had never really used the tethering feature on my phone before, and I was really happy with the simplicity of the process and how it allowed us to have one phone on a data plan and the other phones and iPad connected to it.

Looking back at the specific issue I had with the controls leaving Exuma Yacht Club, it was then that I realized that I should never rush things. (see story here:   http://atanchor.com/?p=1318  ) We were there on a three month trip. We had all the time in the world, why save a few seconds by hurrying things along? You can be sure this will never happen again.

Practice picking up a mooring ball, would have not only got more comfortable doing it but also realized that all three of our boat hooks were too short for our bow to waterline distance.

When it comes to the equipment I would say there is only one thing that I would have done differently. We have a Pathmaker installed. This separates or links all of my batteries together. The house batteries, the generator batteries and the engine start batteries. This should always be off unless I need to link them to give more power to the engine start batteries. I knew before I left that this was not functioning. I assumed it was in the off position, but discovered during the trip that it was locked in the on position – meaning all my batteries were linked together. As we used the batteries at anchor not only were the house batteries draining down, but so were the generator and start batteries. Not a good scenario. I should have had this fixed before we left, no question. I managed through this by closely watching battery levels and recharging when necessary.

One regret was that I just wasn’t able to get in the fishing that I had planned. I made sure to upgrade my fishing gear before we left with the plan of getting some Mahi, Whaoo, or Yellowfin. However the wind basically howled for the three months we were there and fishing was nearly impossible in the Sound, where the deep water was. Ah, well, next time.

On a more positive note I now know for a fact that Sonas is a well found vessel. She kept us safe and ran beautifully, her engines not missing a beat, and her equipment fully up to the job of long term boating.

I also know what I knew before, that my crew is more than capable of long term cruising as a couple – with occasional guests!

It surprised me, when we got back, the number of people who asked if we had relationship issues while “cooped up together” for that long. This was something that did not occur to either of us and I was taken aback somewhat by the comments. I can honestly say that, for us, this was never an issue. We had plenty of together time and lots of opportunity for quiet time where we wanted. I would say that this trip had proved to us that we can go ahead a plan for a similar trip next year and others further out in confidence. Will there be bumps in the road, probably. But unless you experience bumps you will never recognize what a smooth path feels like.

So that’s it for the Exumas trip. A few local trips coming up and then planning for the Chesapeake next year!

9 thoughts on “What We Learned”