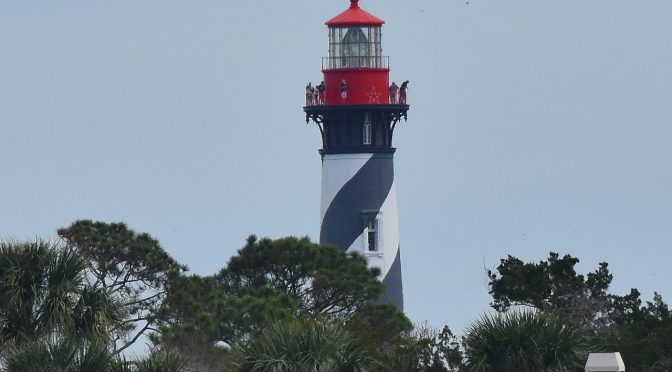 Three boats from Queen’s Harbour took advantage of the unusual January weather to run to Palm Coast Marina for three days. It was sunny and highs in the mid eighties, just perfect to be on the water.

Paul and Sian on Sonas, Julie and Frank on Escape, and Martin and Marian on M&M. We ran down on Tuesday and were all tied up by mid afternoon. We even had the pleasant surprise of finding that the shoaling at Matanzas had been totally dredged away and now carries 11-13 feet at low tide.

Sonas cruised the last third of the trip with Never Say Never and Sea Tripper, two boats that were cruising further south together. They also tied up at Palm Coast Marina that afternoon.

We did have a little excitement on Wednesday morning when Never Say Never was leaving the marina and had a small electrical “meltdown” and had to be hauled to a T-Head while things were sorted out. A mechanic that the marina uses was called and turned up within the hour. After a new starter and new ground wires they did a test cruise and the boat was declared ready to resume. We have to say , based on the smoke and smell of burning, we thought it was going to be a good week’s work! Kudos to the marina and mechanic for getting them underway again quickly!

All boats returned safely and without incident to Queen’s Harbour on Wednesday afternoon.

Some photos of the cruise: