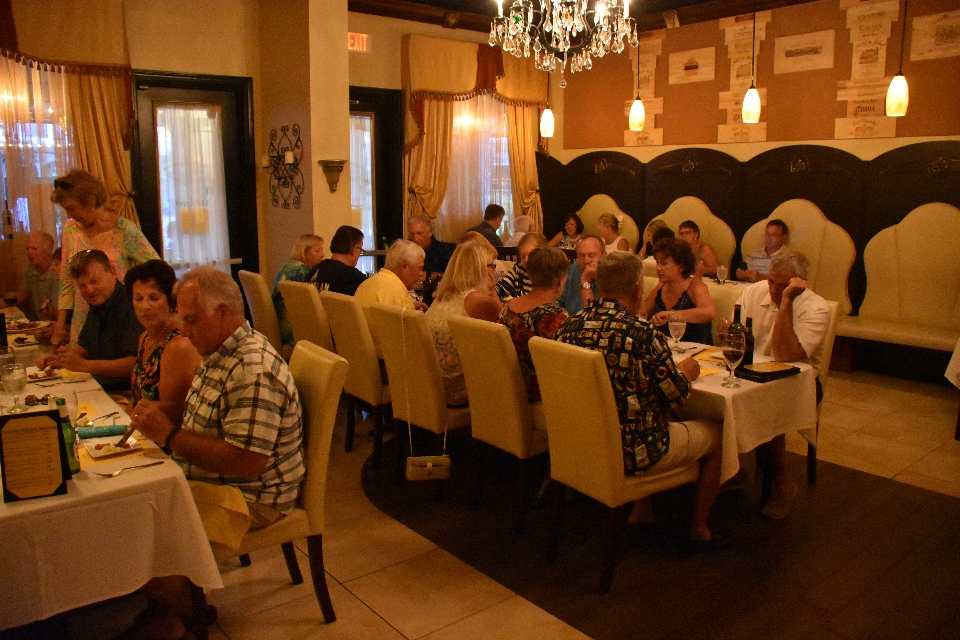 It has become a bit of a tradition that the  Queen’s Harbour Yacht Club run down to Hammock Beach Resort  for the Fourth of July weekend. This year we had twelve boats and, with those who stayed in the condos and hotel,  over 40 people in attendance!

After tying up we got Sonas ready for the weekend!

We started off the weekend with a Saturday Docktail party in the ground level common area of the condos at Yacht Harbor Village & Marina. With a kitchen/bar area and plenty of indoor and outdoor seating overlooking the pool. We had taken along the mobile bar and had prepared a Mexican buffet. It was a very successful evening.

Days were spent walking the beach, lazing at the resort pools (including a lazy river), the pool by the marina, or playing golf.

On Sunday we had dinner over at the European Village, at La Piazza Cafe. We had enough land yachters with cars that the boaters were able to get rides over. Another very enjoyable evening of camaraderie, and libations.

The resort had their July Forth fireworks on the Monday.  This was preceded by a fine BBQ under the main tent where we had reserved tables for those of us who were BBQ’ing. Others eat at resort restaurants and joined us later for the fireworks.

On Tuesday everyone headed back to Jacksonville after a very successful weekend. We took Sonas out through the St Augustine inlet and back in at Mayport . Passing a very busy Huguenot Beach and a helicopter carrier at Mayport Naval Station.