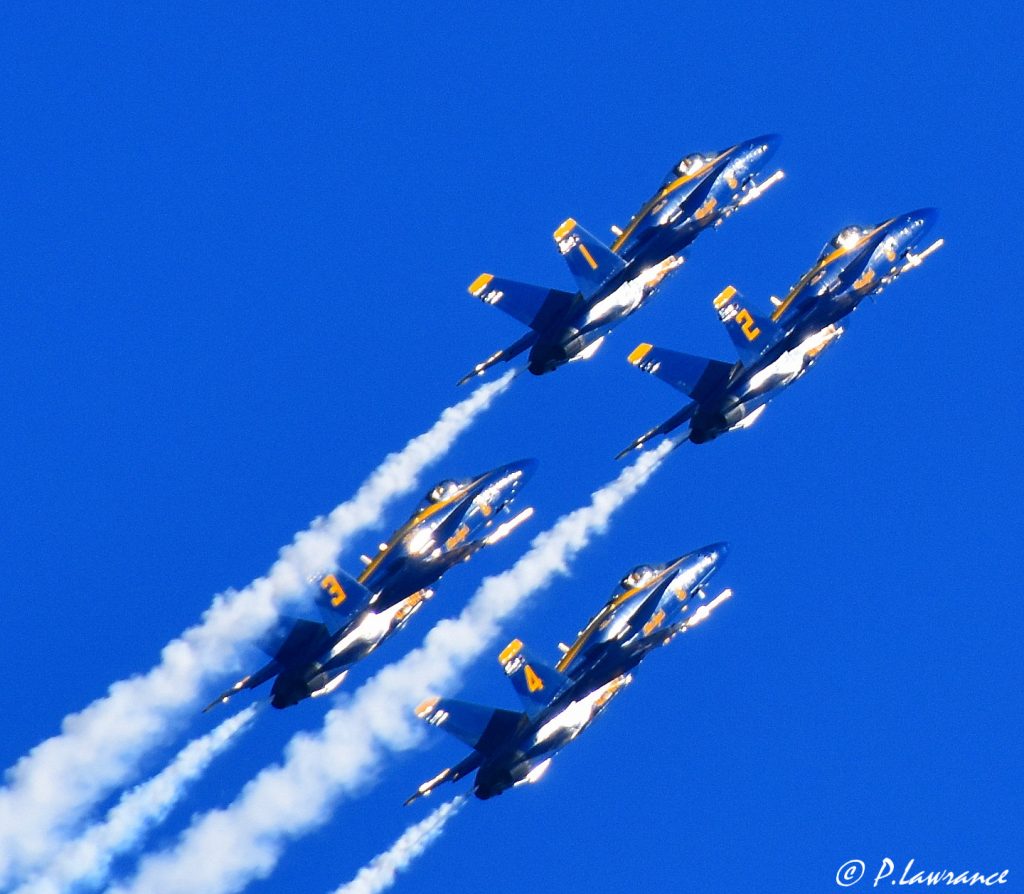 The annual Jacksonville Air Show alternates between Naval Air Station Jacksonville and Jacksonville Beach (where it is an Air and Sea Show). The 2017 event was at NAS JAX.

Hundreds of boats anchor off the end of the runway on the St John’s River. Previously, when we had a faster boat, we would go over there for the day, then back to our slip the same day.

Now that we have moved to a trawler we cannot make the round trip to the NAS  show and back before dark, unless we leave before the Blue Angels – and what is the point of doing that!!

So we decided to run down there in our 15′ AB RIB. There were some other boats from the Yacht Club going so we would be able to raft up to them and go on board.

The day was warm, with blue skies and a light breeze.

So we packed a soft-sided cooler with some lunch and drinks, and ran up the ICW to the St John’s, turned to port (left) and headed up the Mighty St John’s River. We passed under Dames Point Bridge, past the Carnival Elation that was boarding passengers, past the container terminals, and then into downtown Jacksonville.

A yacht club boat passed us just as we got downtown but then was held up by a train crossing the railway bridge. Because we were in the small boat we were able to sneak through using the small boat access!

It took slightly over an hour to run the 25 miles to the show.

We then headed south to where there were literally hundreds of boats anchored watching the show. Thee was a tiki boat and a converted tug boat!

We found One Moor and Escape already rafted up and we tied on behind. We went on board and enjoyed good company and an excellent show by the Blue Angels in clear skies. 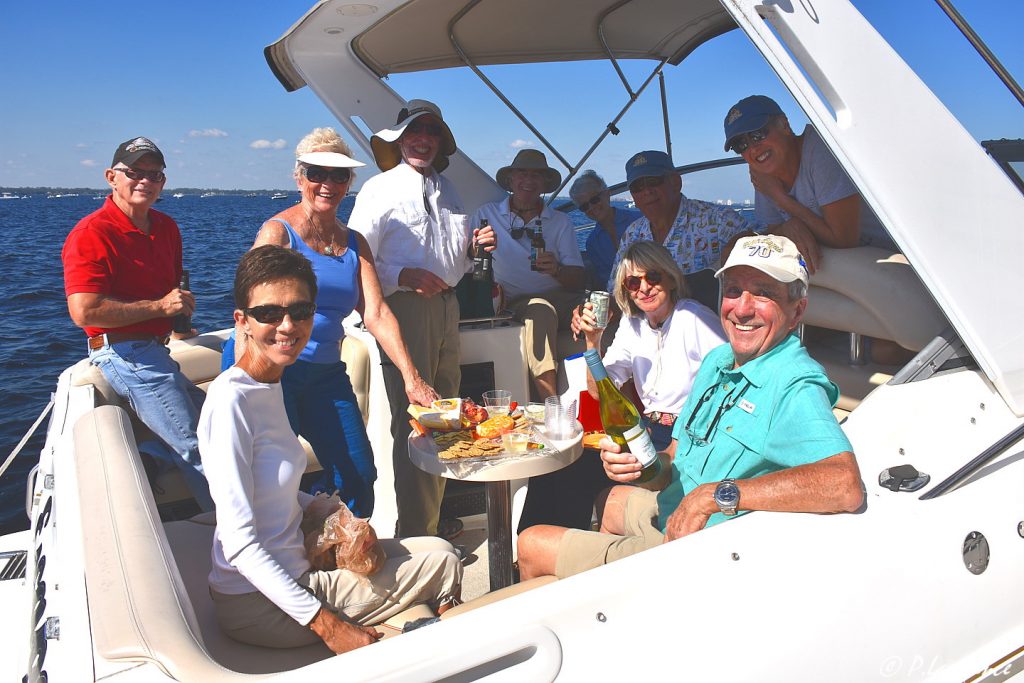 After the Blue Angels finished there was a mad dash by boats of all sizes back towards downtown and home ports and slips.

All in all a very pleasant day on the water.

For a gallery of all of the days photos see below. Click on the first photo to enlarge and scroll through.